For the 8th edition of the Urban Creatures project, we decided to present a new and unusual project, which we started in the summer of 2017 after thinking about it for a long time.

We have always dreamed of painting an airplane, because they are an indelible part of the urban decor of the part of the city, in which we live and work − the Poduyane district in Sofia. We have become so accustomed to their presence that we have built the habit of naturally raising and lowering our voices as they pass above our heads.

Today, several months later, following 500 hours of drawing and painting, having used more than 1000 spray cans, together with a team of 20 people and in  cooperation with Lufthansa Technik Sofia, we brought to life a farewell ceremony that is the first of its kind. We honored the first airplane which came here to be retired from active duty. The airplane is an Airbus. 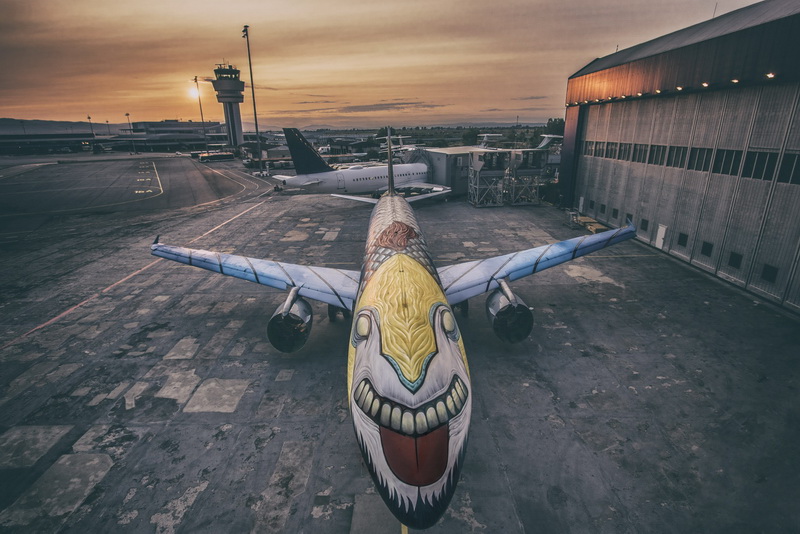 Iasen Geshev, the initiator of the project and the co-founder of Urban Creatures:

“The execution of the project was a challenge. It involved round-the-clock work in 40 degrees heat, wind and thunderstorms on Sofia Airport’s concrete. We had to take into account a multitude of requirements and limitations related to ensuring the safety of everyone involved including the environment.

Under these circumstances, the attitude, which our partner’s team exhibited, was the determining factor for the realization of the project. However, all hardships become irrelevant when you experience the pleasure of watching your thoughts become a reality.” 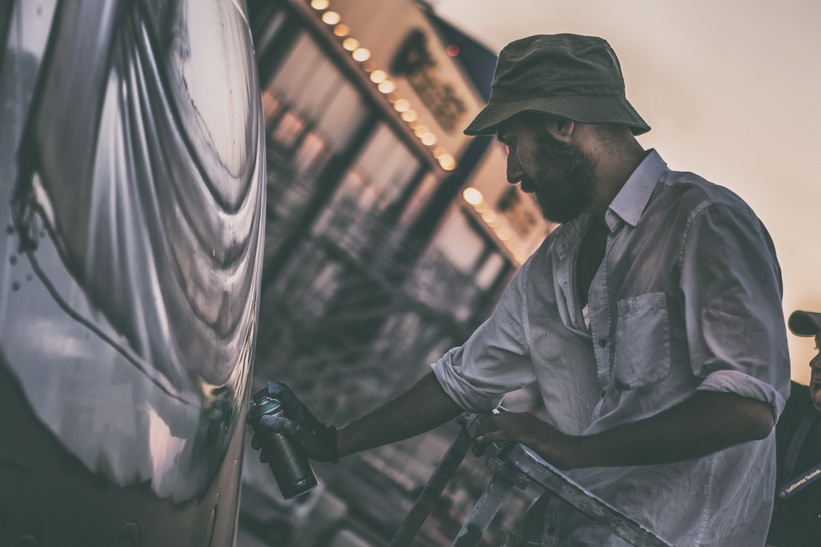 BOZKO, artist: “It feels strange to put such immense effort into a piece of art, which is bound to be destroyed. All this work is a kind of sacrifice similar to the burial of an illustrious warrior. The title of the project is namely ‘Nordic Warrior’ because we recognized instinctively this plane as a warrior from the North who comes to the end of his life having honorably served his duty. On the other hand, there is a strong connection between the role of airplanes in our contemporary world and the role of sea ships in the lives of the Nordic people. Similarly to the ships then, today’s airplanes are the main vehicles of transportation allowing people to discover the world and to develop. Therefore, the reference to the Nordic tradition comes naturally.” 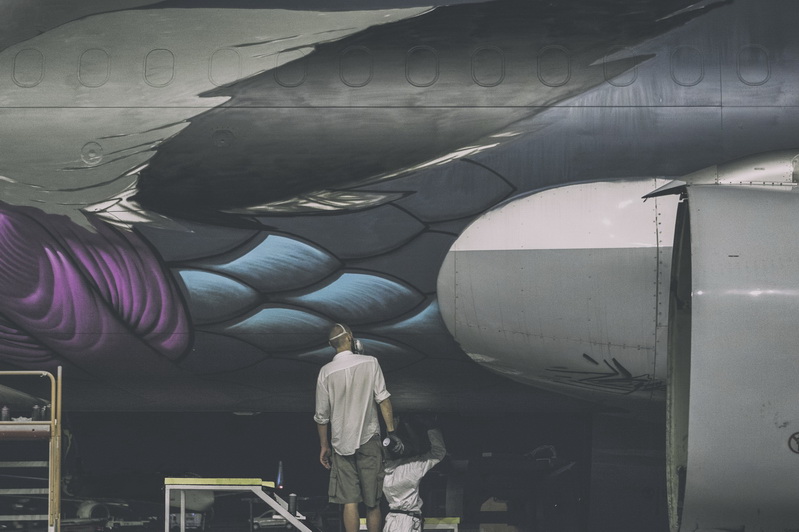 This project united the efforts of the graffiti artist Y2, the director Ivan Moskov together with Beardfrost Studio, the musician Ivan Shopov and the photographer Vladimir Gruev.

Ivan Moskov, director: “It was very hard to shoot, with many restrictions and a demanding location, but the magic was born. We managed to merge into one all the aspects and we created the aesthetics, which we sought.” 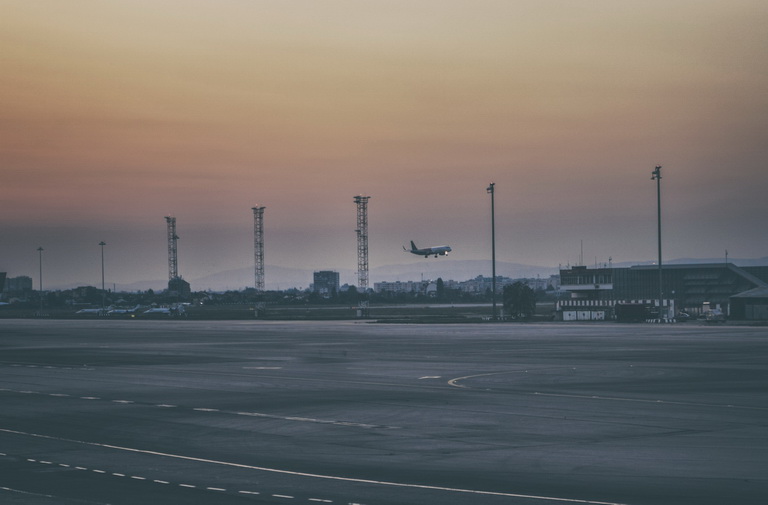 Ivan Shopov, composer and producer: “I liked the vibration of this project very much. It is deep and meditative, and it corresponds to the direction, which I have chosen for my upcoming solo album. In a way, this video is a premiere of the ‘Night Bus’ composition. Later on, we will have the premiere together with Urban Creatures since the entire album is inspired by my perception of the city.” 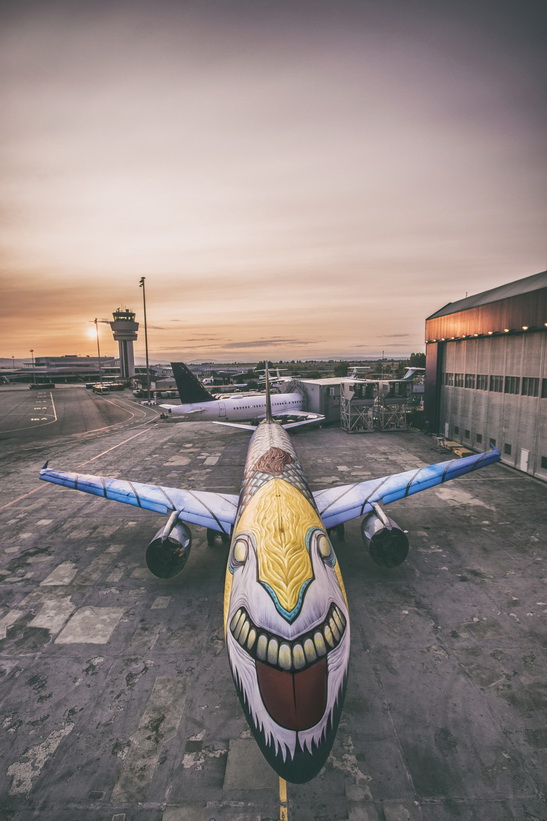 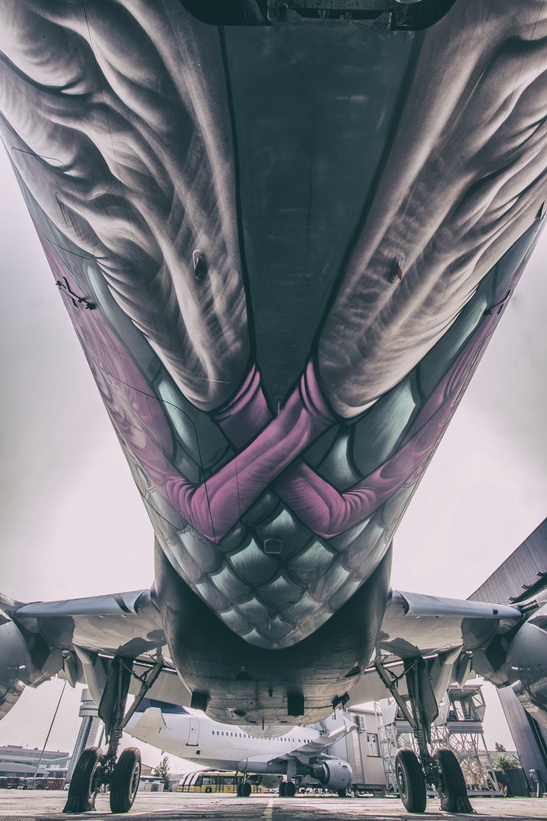 As a part of Sofia Municipality’s Cultur Calendar, we are grateful to the city and its mayor for allowing us to create such a bold and complex project uniting some of the best Bulgarian artists and one of the most respected  aviation companies. 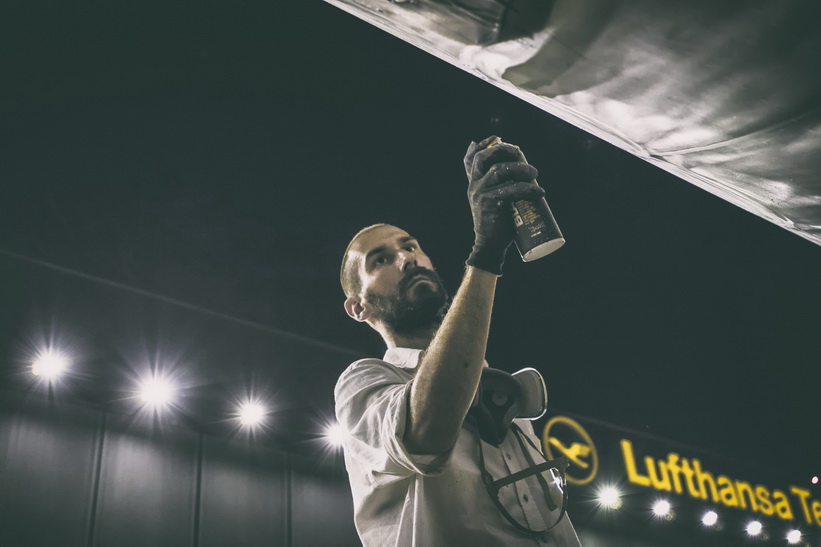 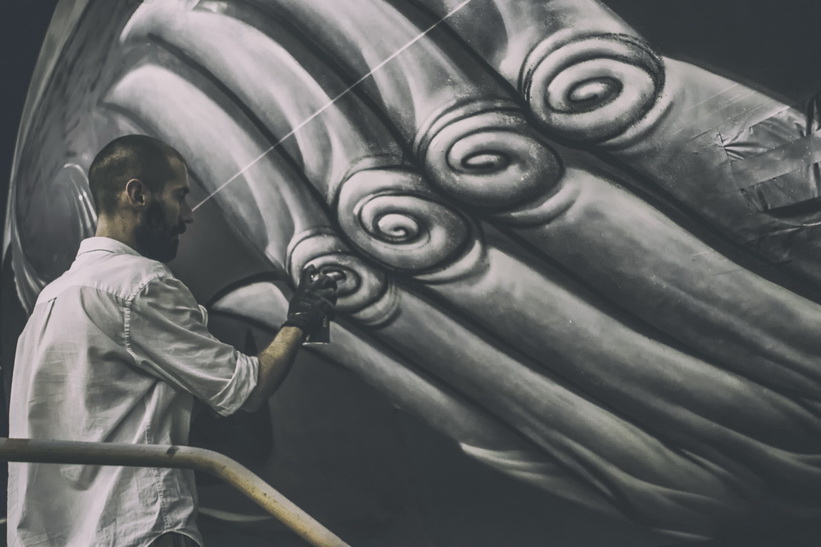 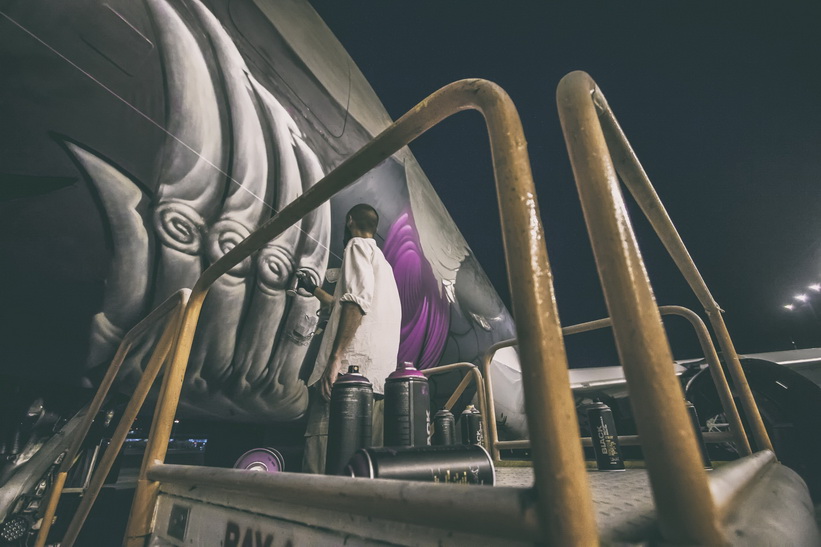 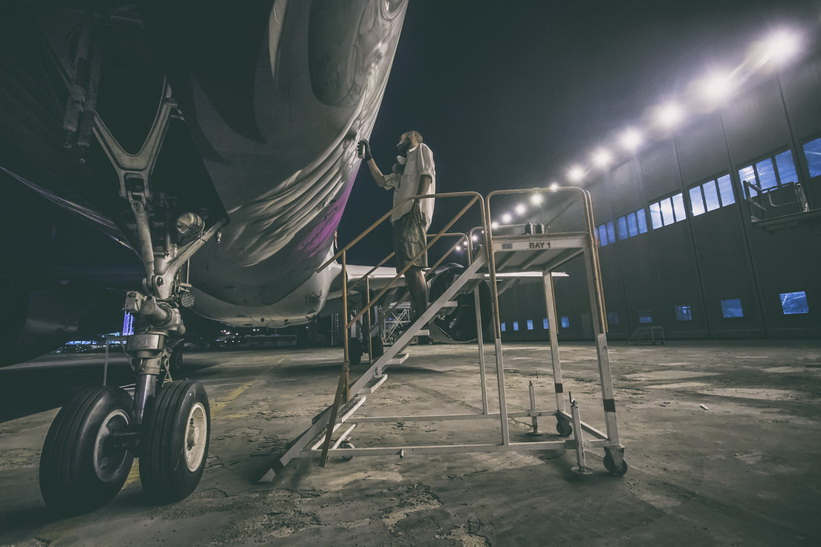 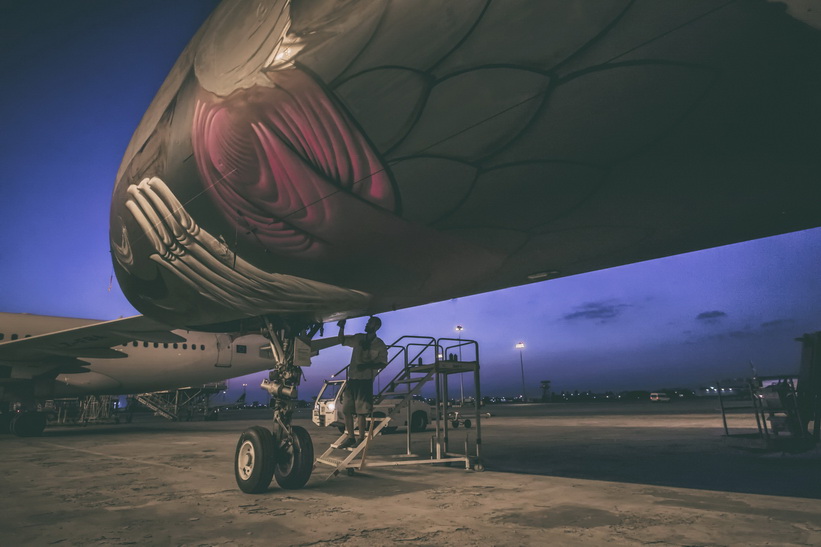 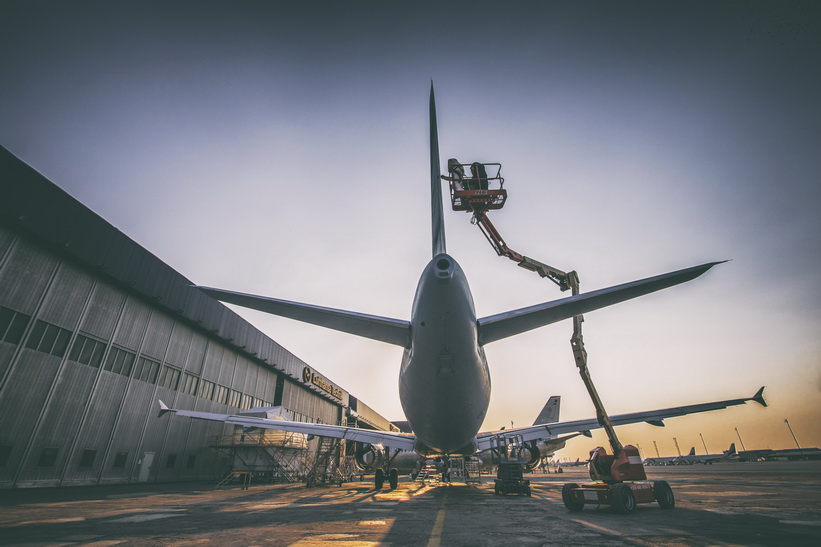 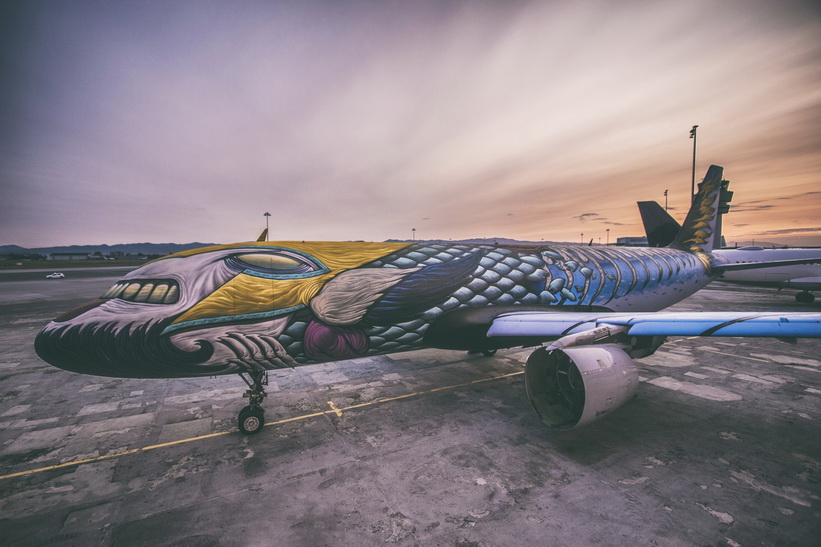 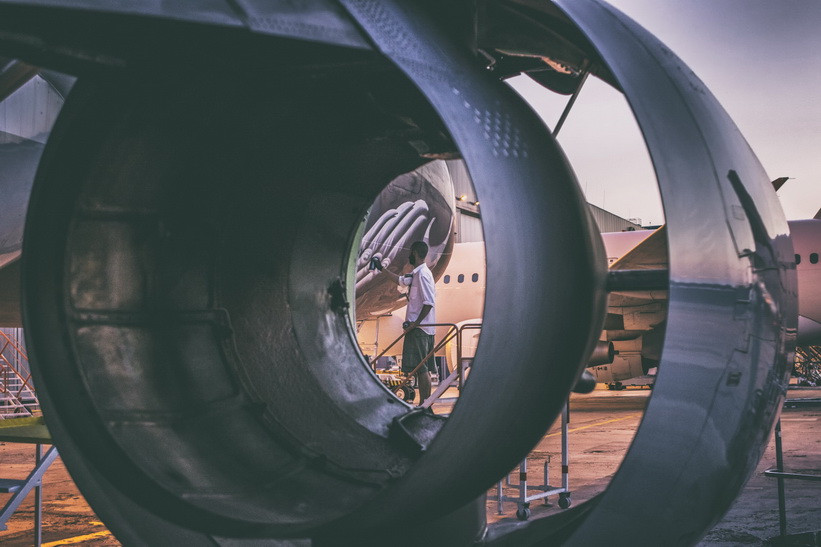